Join CANA for our virtual, day-long, Nurse Anesthesia Resident (NAR) Workshop on Sunday, February 21, 2021. From learning techniques for surviving and thriving during CRNA school and finding a job post-graduation, to managing your money once you’ve found that dream job, NARs will hear from experts and peers about the best ways to manage varying aspects of their CRNA careers.

Fee: This workshop is free to attend for all NARs.

CE Credit: Class A CE credits are not available for this workshop.

Are you an NAR or RN who is ready to register? Scroll down to complete the registration form on this page.

CRNA Registration: This workshop is designed for current or future NARs. If you are a current CRNA who would like to attend, we ask that you consider donating to the CANA PAC in lieu of a registration fee. Click on the registration form link below to register. Once you complete the form, you will be redirected to the CANA PAC donation form. Contact CANA staff at info@canainc.org, if you have questions.

Please note that all times are Pacific Time. 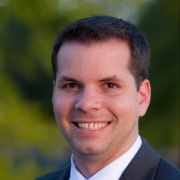 During this session our speaker will cover techniques to help current students with information retention and study tools. 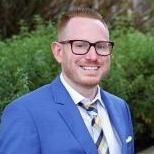 Do you have a situation you’re currently dealing with and are looking for advice? Submit your situation for panel feedback here. All submissions are anonymous. Please do not include any names or institutions in your submission. 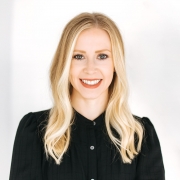 Chelsie Arnold, USC
Chelsie Arnold is a third year SRNA at the University of Southern California and currently serves her program as a co-chief student registered nurse anesthetist. Chelsie is originally from Fresno, California where she worked as an emergency department and trauma RN for five years before attending nurse anesthesia school. Upon graduation, she will be returning to the central valley to join Anesthesia Consultants of Fresno. 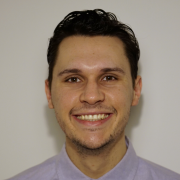 Timur Kitaev, USC
Timur (Tommy) is a third year SRNA originally from Brooklyn, NY. He received his BSN from Hunter College in 2013. He moved to Los Angeles in February 2016 after accepting a position in the CTICU at UCLA. He started the DNAP program at USC in May of 2018. 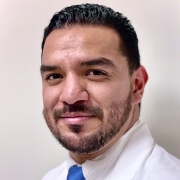 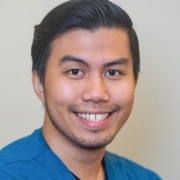 Luke Manalo, Samuel Merritt University
Luke Manalo is a Nurse Anesthetist Resident at Samuel Merritt University in Oakland and currently doing his clinical rotation at the Veteran’s Affairs Hospital in San Francisco. Mr. Manalo is a Philippine-born and a Texas-raised fun-loving individual. He received his Bachelors Degree in Nursing at the University of Texas Health Science Center in Houston. He worked at Houston Methodist Hospital in the Surgical & Liver Transplant ICU and at Stanford Hospital in Palo Alto. Luke loves to mountain bike, go camping, and hiking. He lives by the latin motto “memento mori”, which means, “remember that you [have to] die”. It’s his way to remind himself to keep gratitude for the gift of life and to live to the fullest everyday. 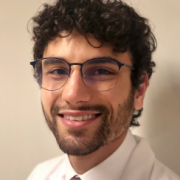 Ahmad Mohammad, Samuel Merritt University
Ahmad Mohammad is an ICU nurse pursuing a masters degree in nursing anesthesia at Samuel Merritt University. Nursing has given him the foundation of skills and knowledge as well as the introduction to health care that has led him to anesthesia. Through providing compassionate care, Ahmad is able to derive a sense of joy and purpose in life. Ahmad hopes to continue to expand his knowledge and skills in order to provide high quality anesthesia and extend his outreach. Upon graduation he plans to work in his community as well as abroad to the bridge the gap in healthcare and make a difference. 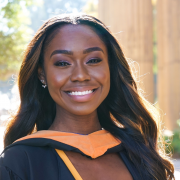 Shani Samedi, Samuel Merritt University
Shani Samedi and is a (new graduate) CRNA from Samuel Merritt University. She was born and raised in tropical Miami, FL, where she attended nursing school and began her nursing career in neuro/surgical ICU’s. In 2016, Shani packed her bags and moved West to the Golden State, California. She was a travel nurse for about 1.5 years working in trauma ICU, until being accepted to SMU’s nurse anesthesia program. Today, Shani is working at Kaiser Permanente East Bay and looking forward to growing in a career she loves!

It’s time to pick that dream job post-graduation…spoiler alert! It probably won’t be your first job, but this presentation is here to help residents and recent graduates strategize and navigate a job search to provide a sense of security in your future decision. There will be a focus on prioritization of goals, tips for being prepared and building on future opportunities. 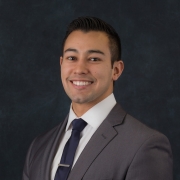 Johnny Garza is a 2018 Nurse Anesthesia graduate from Loma Linda University and current Trustee and Government Relations Committee Chairperson for the California Association of Nurse Anesthetists. Johnny provides anesthesia services in multiple hospital setting across the Central Valley region where he also serves as a clinical coordinator. His passion for the profession is seen through his continuous and committed roles in education, lobbying and mentoring.

A lot of you may be getting hot sweats if you are reflecting on your CRNA School interview! Well, have no FEAR! I am here to reassure you that you will not have to endure anything quite like that ever again!

However, interviewing for your dream CRNA position is a BIG DEAL, and you may still have some competition, especially as a new grad. So in today’s session, I am going to share with you how you can stand out without having any work experience to back it up. I will also cover common interview mistakes as well as tips on how to connect with your interview panel so it becomes more like sitting down with co-workers and chatting in the break room. Most of the time, interviews go bad because of nerves and lack of preparation. Lastly, I will touch on body language and why this ONE thing can land you the position or it can cause hesitation. 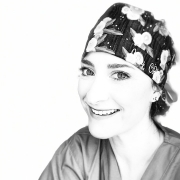 My name is Jenny Finnell. I have been a CRNA in Ohio for over 6 years, my experience includes working on an open heart team, outpatient regional hospital/surgery center, and now a busy level one pediatric hospital and burn-center.

I am very passionate about being a CRNA and love mentoring current and future students. About two years ago I started mentoring a handful of aspiring students and now that has blossomed into CRNA School Prep Academy. I am very grateful and honored to give back to our current and future students and love sharing what I have learned from my time as a CRNA as well as from my wonderful students!

Learn how to take control of your life and career while pursuing your financial goals from Jeremy L. Stanley, EA, CFP®, AlF®, president and founder of CRNA Financial Planning® and sister firm, CRNA Tax Associates®. What does financial success mean to you? During Life After Anesthesia School – From Confusion to Clarity, Jeremy will discuss topics such as debt reduction, cash flow management, goal planning, evaluating potential job opportunities, retirement planning, tax strategies, working as a freelance or 1099 CRNA, investment strategies, estate planning and more! How can you make the transition from SRNA to CRNAs without suffering from lifestyle inflation? Let Jeremy and the team at CRNA Financial Planning® show you how to utilize your career path to pursue your financial and tax goals. 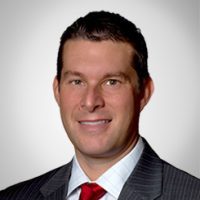 Jeremy Stanley, EA, CFP®, AIF®, CRNA Financial Planning
Jeremy Stanley, EA, CFP®, AlF®, is the president and founder of CRNA Financial Planning®, an AANA Member Advantage Partner, and CRNA Tax Associates®. For two decades, he has been helping CRNAs utilize their careers to pursue their dreams. As a member of the Wake Forest Baptist Nurse Anesthesia Advisory Committee, in addition to being a Public Trustee for the AANA Foundation, Jeremy stays abreast of the healthcare landscape and the political issues that affect CRNAs. An advocate for the profession, Jeremy co-hosts “Beyond the Mask,” a podcast educating CRNAs on topics of interest in, and beyond, the operating room. He has presented to numerous hospitals, schools, state associations, private CRNA groups, and AANA events and is the author of “The Wealthy CRNA” and “A CRNA’s Life after Anesthesia”, both Class A CE eligible. Outside the office, Jeremy enjoys spending time with his wife (a CRNA) and children, as well as traveling, reading, and wine tasting.

To be able to discuss options comfortably with a potential employer is a skill that is rarely taught in Nurse Anesthesia programs. They aren’t even really taught in Medical programs. In many instances, questions are left at the table or worse, not discussed at all due to lack of a certain comfort level. Contracts can be intimidating and difficult to dissect, especially for a new graduate looking to land their first job. This session will help the learner understand a basic group practice or physician group practice employment agreement. This session will seek to explain the differences and similarities of employment contracts whether potential employment is with a hospital, academic medical center, or private. It is the objective of this session to help applicants better understand and negotiate favorable employment terms. 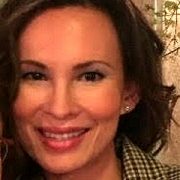 Maricel Isidro-Reighard, CRNA, MSNA, DNAP
Dr. Isidro-Reighard is a Co-Founder of Sierra Pacific Anesthesia Regional Consortium, LLC, a regional anesthesia education platform. Dr. Reighard earned her DNAP in 2012 with a concentration in program administration. She is an independent contractor in the central and southern California areas. In June of 2018, she opened Kern Surgery Center, LLC in downtown Bakersfield and serves on the Governing Board as Administrator and Chief of Anesthesia Services. She has been running this very busy practice since. She has also served as Chief Anesthetist and interim Director of Surgical Services at Kern Valley Healthcare District, a critical access hospital in Lake Isabella, for five years before becoming a full-time provider for the busy Bakersfield branch of the Southern California Orthopedic Institute where her skills as a regional anesthesia provider grew. Dr. Reighard remains affiliated with Kern Medical, a Level II trauma and teaching facility in Bakersfield. She has proudly served on the Board of Directors of the California Association of Nurse Anesthetists (CANA) for eight years. As CANA’s Federal Political Director in 2014, she presented at the AANA Fall Leadership Academy on Motivating Others and Working with Your State Association. Dr. Reighard was CANA President in 2016-2017.

During the last hour of the workshop, attendees will be invited to attend breakout sessions that will take a deeper-dive into the day’s topics:

You’ll get to speak directly to the workshop planners and speakers to ask more questions and have deeper discussions about each topic.

Thank you to our workshop sponsors!

This workshop is free to attend; however, registration is required. Once you complete the form below, you’ll be re-directed to the Hopin platform to finish your registration. Hopin is the online virtual meeting platform CANA will be using for this meeting. You MUST complete the Hopin portion of the registration to gain access to the meeting.

IMPORTANT: Do not complete this form if you are a CRNA. See note above.

Once you hit “Submit”, you’ll be re-directed to the Hopin platform to finish your registration.

Hopin is the online virtual meeting platform CANA will be using for this meeting. You MUST complete the Hopin portion of the registration to gain access to the meeting.